At CrunchTime, we know what restaurant people want because we are restaurant people. The people who design, build, and manage CrunchTime's products have spent years in the trenches operating restaurants. They know how to solve our customers' challenges because they've lived through them. These are their stories. 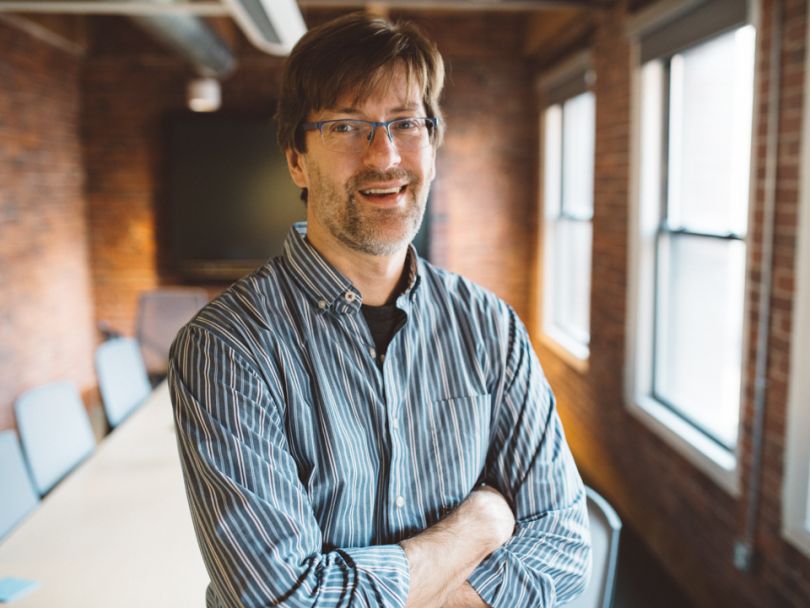 Erik Cox has been at CrunchTime for close to 12 years, and over his career he has risen from a client manager up to the Vice President of Product Strategy. Before CrunchTime, Erik worked his way through the restaurant industry. Starting as a dishwasher and then a cook at 16, he went on to manage a family-owned Italian restaurant before becoming a managing partner at a major national chain.

We sat down to speak with Erik about one particular issue he encountered at one of the locations he managed.

You managed at a location by Symphony Hall in Boston, right?

That was one of many. I got the opportunity to move around a lot and gain a sense of the nuances between the various locations, including the kind of clientele each one served and their different menu mixes. I ended up getting a reputation for trying to improve processes unique to each location, and in 13 years I managed 10 different locations for the company.

When you were at Symphony Hall, what could you tell needed to be improved?

When I started, management would get together every quarter with our area director and work out a budget. What that really meant is they would set some targets and we'd try to figure out how to get there. At the time our food cost budget was targeted against our theoretical costs. Alcohol was a different story.

For alcohol, we weren't properly calculating theoretical costs and we weren't capturing all the information we needed, so the budget was totally random. Our restaurant had different locations that were relatively close to each other distance-wise, but they served different types of guests. We were down the street from the location right by Fenway Park, which served a lot of low-cost beer. I was next to Symphony Hall, so we served high-end wines and top-shelf liquor. The problem was, we both had the same randomly generated budget.

How were you being measured for performance?

We were measured on selling a percentage of our costs. That percentage target was part of our budget and it's what factored into our bonuses. Managers like myself were judged by if their costs were too high of a percentage of their sales. My guys were selling glasses of wine that had a 30-40 percent cost associated with them. The other guys were selling beer that cost maybe 15 percent of the sale. So, guess who was constantly being put it in the stocks for not hitting their goals? Me.

"We were selling glasses of wine that had a 30-40 percent cost associated with them. The other guys were selling beer that cost maybe 15 percent of the sale. So guess who was constantly being put it in the stocks for not hitting their goals? Me."

It sounds like there was no consideration for the clientele?

Correct. And we all knew at our location that this was a problem, but ultimately we didn't have the data to back up our claims. So we were all frustrated due to this bad target. Our bartenders felt like they were aiming for something they couldn't possibly achieve, like asking a sixth grader to run a 10 second hundred meter dash. It just wasn't realistic.

So what did you do?

I set out to prove what our cost should be. I love digging into numbers to figure things out, so I built this program, which started as a spreadsheet, to calculate my liquor costs. I figured out what we sold, I built recipes, and I built a way to take the weekly output from our point of sale and put it into the spreadsheet. And from there I could calculate a theoretical cost.

I kept the price of all these things up to date. I made sure that we had recipes for all that and did that over a two month period, and was able to show pretty starkly that what we were right. We had actual numbers to show our performance, not a budget that was pulled out of thin air.

Since there was no standardization, do you suspect other locations dealt with similar challenges?

I'm sure. Restaurant managers all have a hard job, so they should be judged fairly. Data like theoretical costs for each location helps set a fair playing field. When I built this report I discovered insights that I brought to my boss. This eventually got me in front of some of our brand's VPs, and a few months later they rolled out a system that standardized alcohol across the system. And then they were able to generate a theoretical liquor cost. And my spreadsheet was, thankfully, retired.

"Restaurant managers all have a hard job, so they should be judged fairly. Data like theoretical costs for each location helps set a fair playing field."

This is a great story. Any final thoughts?

I think everybody wants to do a good job. You just need to have the information and the tools to help you get there. As they say, data is king, and the ability to access that data will help you prove that you should be measured a certain way.

Now that I'm leading product development at CrunchTime, I can't stress how much I wish we had our tools back when I was managing all of those different locations. The theoretical costs, the standardization, and most importantly the real-time reporting aspect will make a world of difference for the next generation of managers who want to be judged fairly themselves.

Restaurant food costs continue to rise. What can you do about it?