For the past ten years, TED Talks have been spreading diverse and well-articulated ideas on topics relevant to people and society, including food and nutrition.

Whether you’re a professional chef or inexperienced home cook, these six TED talks might just revolutionize how you view food and its place in the environment, our society and our homes.

1.  The four fish we’re overeating – and what to eat instead

In recent media articles, alarms have been raised about overfishing certain fish subspecies throughout the world. From salmon to scallops, many species are being fished or farmed at a rate that is unsustainable. This can lead to environmental destruction and habitat loss, not to mention acceleration of human-caused climate change.

This surprising talk by Paul Greenburg reveals the extent of the global overfishing crisis and suggests alternatives for laypeople and chefs alike to alter their consumption of overfished species in favor of other environmentally healthier options.

Greenberg is an American writer with a focus on environmental conservation and marine protection. His book, Four Fish: The Future of the Last Wild Food, is of interest to anyone with further interest in this critical topic. 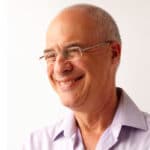 Without a doubt, there are significant problems with how most people in the West approach food. Over the past 25 years, there has been increasing interest among the general population in changing their diets for the better. Making sustainable changes to our diets and food system will make our bodies healthier and our environment safe and less exposed to destruction.

In this classic TED Talk, acclaimed food writer NYTimes best-selling writer Mark Bittman explains what he believes is wrong with what we eat today, and how we might adjust our diets for better health.

Most of us are aware to some degree of the fact that a great deal of our total food supply is wasted. However, few of us can grasp the vast magnitude of the problem or its net impact on food supplies all over the world. Even fewer will stop to think before throwing out that ugly apple, a half-eaten sandwich or the leftover spaghetti that has been sitting in the fridge for the past three days.

As is revealed in this captivating TED Talk, the scale of the global food waste problem may be even worse than any of us previously understood. According to the speaker, nearly half of the food produced in the West never actually makes it into a person’s mouth.

The speaker, Tristram Sturt, is a prize-winning British author who has been celebrated in the international media in recent years for sounding the alarm over this critical social and environmental issue.

A great deal has changed in the food and dining industry over the past ten years. From molecular gastronomy to the development of new and innovative culinary supplies, gadgets and techniques, chefs are reaching new horizons in the culinary world.

This fascinating presentation gives us an inside look at the world-changing capacity of innovations in food and cooking.

The speakers, both chefs at Moto Chicago, begin with the example of food they serve at their restaurant. They then delve into the main topic of the video: how we can use food technology to transform diets and reduce the “food miles” it costs to move in-demand food from across the planet.

Those in the know are aware that many cultures across the world eat bugs for cultural reasons or their nutritional value. However, few among us would voluntarily consume a meal of the creepy crawlies. But how justified is this?

The speaker in this interesting Ted talk discusses the many benefits of insect consumption for the human population.

6.  A vision for sustainable restaurants

Anyone who has worked in the restaurant industry for any length of time has likely witnessed the extent of wastefulness and environmentally unfriendly practices in the culinary industry, from food waste to overuse of water in washing plates.

This video by "green chef" Arthur Potts-Dawson reveals his vision for reducing the amount of waste in the home, the food industry and fine-dining kitchens worldwide.

This blog post was written by guest-blogger, Rich Lansdale

Rich Lansdale has been in the restaurant industry for two decades helping run his family's restaurants in Washington, D.C. He writes about his experiences in an effort to help those just starting out and those struggling to make it.

Restaurant food costs continue to rise. What can you do about it?